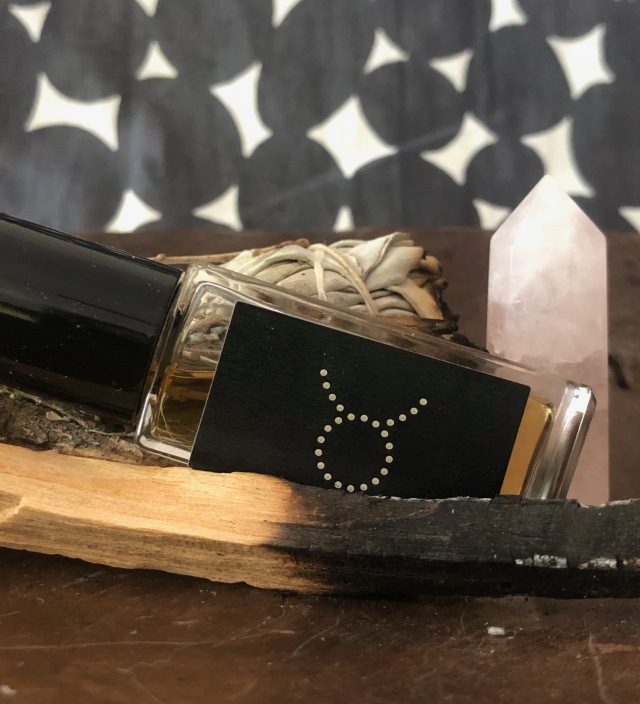 Sometimes I want to be a witch. Not in the contemporary Wiccan sense, but in the medieval sense of the word. I want to be an old lady who lives alone inside the roots of a massive tree in the woods, sought out for my healing salves and potions made from roots and leaves.

Don’t we all need a little more witchcraft these days? A little more intuition and trust in the universe, rather than solely relying on our human intellect? Look where that imbalance has got us. Witchcraft and science can complement each other, like heart and mind–two halves of a whole.

That’s why I gravitate toward woodsy, green, and earthy scents—for me, they hearken back to the mystical qualities of the earliest perfumes, which were often used in religious ceremonies. They evoke a union with the natural and spiritual worlds that seems merely symbolic now, when so rituals feel devoid of real, visceral impact or meaning given our disconnection from both realms.

While situated amid abundant natural beauty, the Venice neighborhood of Los Angeles, with its Muscle Beach, proud freak show boardwalk, and sleek restaurants, seems about as far from this image of ancient sorcery as one can get. But Californians do love their natural and organic foods, drinks, and potions, so perhaps it is appropriate that the natural fragrance line Strange Invisible has its storefront there. As you may know, I enjoy visiting local and independent perfume shops while traveling. So I made the trek from East LA on a recent trip out west and found myself in a tiny storefront on Abbott-Kinney Boulevard . 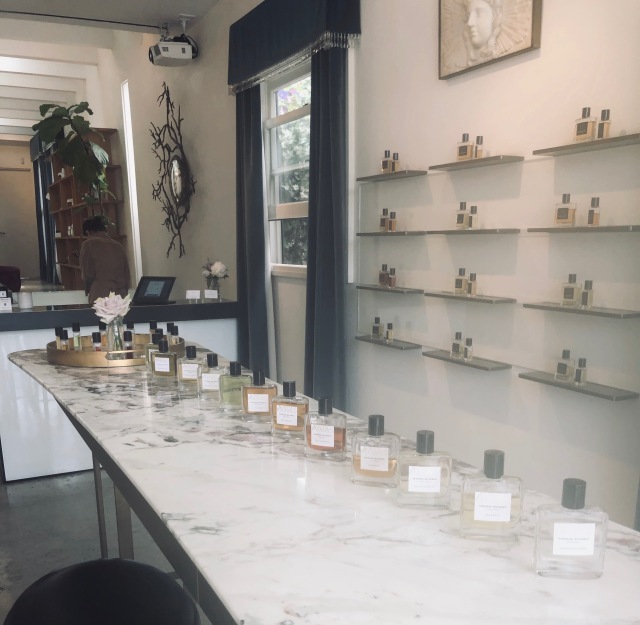 I actually did not know much about this line, despite following them on Instagram, other than that it is focused on natural fragrance—in this case, made from “certified organic, wildcrafted, biodynamic, and hydrodistilled essences.” These are definitely personal scents, in that the sillage, or range beyond the body, is minimal. They also use custom-distilled alcohol distilled from non-GMO, pesticide-free grapes, rather than standard perfumer’s alcohol, which adds additional depth and sweetness. Consequently, they are good choices if you are going to be around people who are somewhat sensitive to strong scents or chemicals (although, to be clear, this is no guarantee that they will not trigger a reaction).

Knowing my preferences, the salesperson chose a selection for me to try. Strange Invisible has a signature line as well as one inspired by the astrological signs of the zodiac. I gravitated toward two of the Zodiac scents, Taurus and Capricorn, and spent a good 20 minutes sniffing them both on my arms, trying to decide.

Taurus kept surprising me. At first I thought it was one of those scents that is just too literally incense-like and so tend to be a little too strong and off-putting, but it softens and reveals its true nature after a few minutes. There is definitely a strong top note of geranium, which later gives way to frankincense joined by maté and oakmoss, which provide the smoky, earthy tones. Bottom notes of neroli, rose, and grapefruit soften the mix, preventing it from being too overwhelming.

I read a review on Fragrantica from someone who said this reminded them of an Aveda scent, but much more complex and sophisticated, and I thought yes, exactly. This is exactly what I am always hoping Aveda scents will be but never deliver. This is a well-rounded scent that tells a coherent story from beginning to end. It reminds me of a witch’s lair, the air heavy with strange herbs and resins.

But, you ask, are these really aligned with the signs? All I can say is that I thought I didn’t have too much  of a Taurus influence in my chart, but Taurus is ruled by Venus, and I know I need a better relationship with love—welcoming it and practicing it. My natal Saturn is in Taurus, and Saturn rules Capricorn—my sun sign. Saturn can be a tough planet, and unfortunately it has a lot of influence in my chart. Plus, both Taurus and Capricorn are earth signs, grounded in practicality and reality. So perhaps Taurus has more meaning for me personally than I initially thought.

If Taurus brings to mind a dark space lit by magic and mysticism, Capricorn is just as mysterious, but sunnier—a day market where herbs and roots are sold, perhaps. Like Taurus it features frankincense and neroli, but combined with iris, vanilla, and jasmine. Oddly, when I tried it on, I felt like it was absorbed into my body and I could barely smell anything after a while; then after I left the shop and went outside, the neroli and jasmine totally bloomed. Interestingly, Capricorns tend to be late bloomers too.

I ended up buying Taurus, but the salesperson gave me a sample of Capricorn. Since these scents stay so close to the body, I’m not afraid to be liberal with the sprays—in fact you should, as natural ingredients tend to fade faster than synthetic ones. I’ve noticed Taurus at least is still fairly long-lasting, and unlike many complex scents, it’s not overwhelming. I am definitely under its spell.